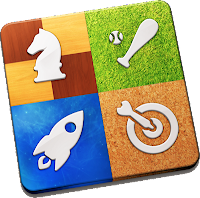 “Games are the most elevated form of investigation”
- Albert Einstein

For a generation of people, games have become a tool for solving problems as well as a vehicle for self-expression and self-exploration. [1]  I was fortunate to grow up in the generation of both board games and video game systems.  I had every board game from Life to Monopoly and every game system from Nintendo to Playstation.  I loved playing games, and I still do.  Games allow me to think critically and creatively, in a way that I really wasn't able to do in school.  The fact is, when kids play video games they can experience a much more powerful form of learning than when they’re in the classroom.  Learning isn’t about memorizing isolated facts.  It’s about connecting and manipulating them. [1]

Believe it or not, games can be used to teach and assess 21st century skills, in addition to content knowledge.  If you think about it, games require 21st century skills such as communication, collaboration, creativity, critical thinking, and problem-solving.  Not to mention that kids actually have "fun" playing games ... now that is a novel idea!

Some games only require one of these 21st century skills, while others require two or more.  For example a game that might require one of these skills is chess.  The game of chess only requires critical thinking.  Whereas a game like Catch Phrase (a word guessing party game) requires communication, collaboration, creativity and critical thinking.  It's important to consider games that require multiple skills when implementing them in the classroom.  This ultimately prepares students to use these skills in conjunction with one another, rather than in isolation, which helps to better prepare students for the 21st century workplace.

Thanks to advances to the internet, more and more designers are incorporating communication and collaboration into their games, also known as MMO or Massive Multiplayer Online games. [2]  These games can be downloaded in the form of "apps" on smartphones and tablets which can leverage the internet to communicate with their opponents such as Words With Friends.  Moreover, some video games such as Halo and Call of Duty allow players to communicate AND collaborate with each other from all over the world in order to beat their opponents.  These games are known as MMORP or Massive Multiplayer Online Role-Playing games, which simulate real life in different environments and contexts.

Recently, there seem to be a lot of teachers that support game-based learning or gamification for students in and out of the classroom.  Games outside of the classroom allow students to build on their 21st century skills via imagination, creativity and exploration of their interests.  Whereas games inside of the classroom help to construct these same skills in addition to curricular content by simulating a workplace-ready, learning environment.

So, how does playing games transition into success in the workplace?

The ideal hire, says one game-industry recruiter, is someone who can “bridge that left brain-right brain divide. Companies resist segregating the disciplines of art, programming, math and cognitive psychology and instead look for those who can piece together patches of many disciplines and weave them together into a larger tapestry. [1] In other words, students who master these 21st century skills of communication, collaboration, critical thinking and creativity will ultimately be more prepared for success in the workplace.

Integrating games into the classroom can help motivate students to learn, and foster 21st century skills at the same time.  Some of my favorite games to play are Pictionary, Taboo, Scategories, Charades, etc. All of these games require students to think critically and creatively, use some form of communication, and use teamwork and collaboration in order to participate.  These games serve as a great review for assessments, or could even be used as an assessment.  Allowing students to create the content for the games (such as game cards from vocabulary words) is also a great idea.

What games do you play in the classroom with your students to facilitate learning and understanding?