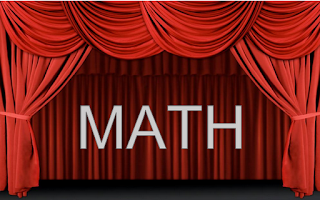 To remain competitive in the global economy, our students "... should be able to use the logic of Algebra and the spatial reasoning of Geometry to understand and solve real-life problems. These mathematical practices equip learners with the ability to solve complex problems and think critically about issues unrelated to mathematical concepts. With these skills, our young people will have the potential to do amazing things – in math, in science, or whatever field they choose to pursue." - Ed.gov

If we want our students to become productive, contributing citizens of the United States, then we need to change the way that we are currently teaching math in our schools! We need to integrate inquiry, problem-solving and real-world application into our math curricula. Students should be engaged in creative, critical thinking when they are solving problems. Teachers should articulate that there are multiple ways to arrive at the same solution to any given problem and allow students to struggle in order to make discoveries on their own with guided facilitation and appropriate scaffolding.


Act One
Introduce the central conflict of your story/task clearly, visually, viscerally, using as few words as possible.

Act Three
Resolve the conflict and set up a sequel/extension. The third act pays off on the hard work of act two and the motivation of act one.


As a former STEM teacher and an Instructional Technology Coach, I share Dan Meyer's passion for educating students and preparing them for their future as creative problem solvers and critical thinkers.  Moreover, I value his Three Act Math model for teaching mathematical concepts and problem solving.  So, I decided to adopt and implement his model with Michelle Janney, a co-teacher in my middle school.  To model this teaching strategy for other math teachers in our school and math teachers all over the world, we decided to document our first attempt of using this teaching strategy with our students.

"Many math teachers take act two as their job description. Hit the board, offer students three worked examples and twenty practice problems. However, it's clear to me that the second act isn't our job anymore. Not the biggest part of it, anyway. You are only one of many people your students can access as they look for resources and tools. Going forward, the value you bring to your math classroom increasingly will be tied up in the first and third acts of mathematical storytelling, your ability to motivate the second act and then pay off on that hard work."

Final Thought
"The formulation of a problem is often more essential than its solution, which may be merely a matter of mathematical or experimental skill." -Albert Einstein

Our sequel to this lesson will be to have students take pictures, or video with iPods or iPads to create their own Act I and have other students solve their math problems.

How might you use this problem-solving strategy in your class?

Questions Have Always Been the Answer
My Top 25 Free Math Resources for Education
Camera, Set, Mathematics
My Three Acts of a Real World Math Problem